Retired Army Staff Sergeant Will Thompson was told by his doctor, Dr. Anthony Szema that his lungs were full of black spots and metal – with particles all over, completely scarred from breathing in waste burned in massive open-air burn pits during his time in Iraq.

Thompson, who is now on his second set of transplanted lungs, is just one example of over 3.5M Veterans since 2001 that have served in war zones that were used as trash disposals. Sadly, out of those millions of people – only roughly 234,000 have actually entered into the online burn pit registry created by the VA.

“I was denied my Army retirement because if it was not combat action, then I don’t receive that retirement,” said Thompson. 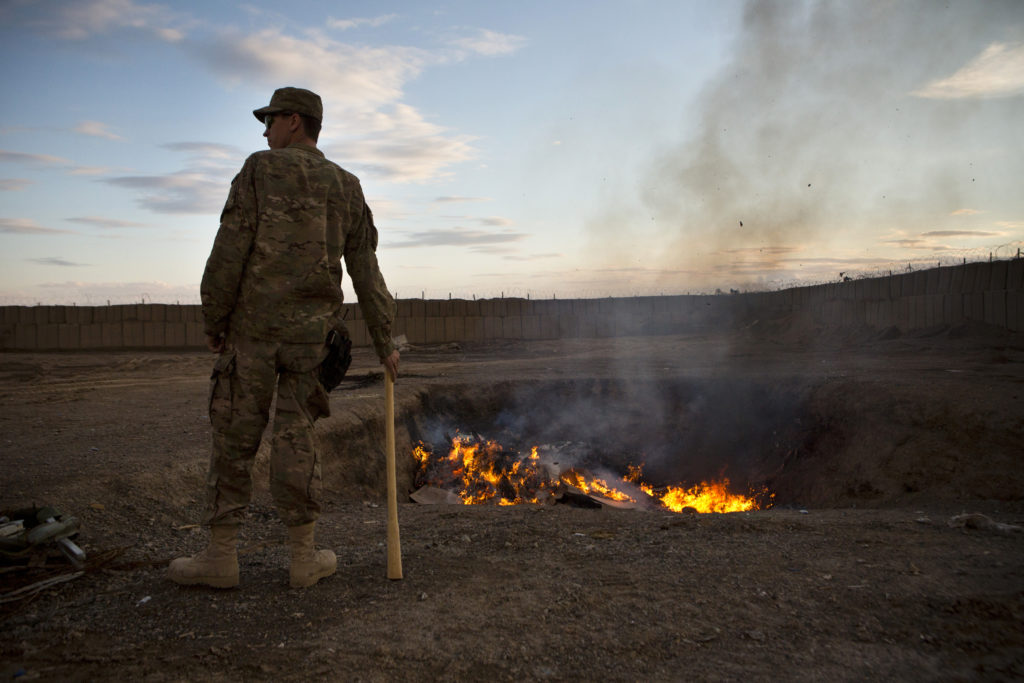 Recently, Disabled American Veterans found that 78% of burn pit claims are denied. If your claim was denied, call us today! (866) 866-VETS.

President Joe Biden’s son Beau Biden died of brain cancer in 2015 – he was deployed to two separate sites in Iraq that housed burn pits – one in Baghdad and another in Balad, coincidentally around the same time Thompson was stationed at Camp Striker near the Baghdad airport.

Numerous soldiers who’ve returned from overseas have reported illnesses but have never received the support one would think a Veteran deserves. With that said, many are hopeful that with Democrats expressing interest in rectifying this problem through new legislation, and a President who suspects burn pits are the root cause of his son’s death, that Veterans in this predicament will one day be able to get the help they so desperately deserve.

“Because of exposure to burn pits – he came back with stage 4 glioblstoma,” said President Joe Biden.

Last year, the Wounded Warrior Project conducted a study of 28,000 Veterans, finding that 71% said they’d ‘definitely been exposed to toxic substances and/or hazardous chemicals. The worst part? Only 16% of those who suspected they’d been exposed actually got the help they needed from the VA – 11% said that they were denied treatment altogether.

“I am a warrior of the United States of America. I gave my lungs for my country,” said Thompson.

I Served in Iraq/Afghanistan, What Risks Should I Be Looking For?

The Department of Veteran’s Affairs is aware that anyone who served in Iraq/Afghanistan, under Operation Enduring Freedom, from October 7th, 2001 to the present day, was unfortunately at risk for being exposed to a multitude of hazardous conditions, including:

Marcari, Russotto, Spencer & Balaban is prepared to help veterans with benefits issues and to also pursue relief for victims of various debilitating diseases or injuries, all of which are directly related to and in conjunction with prior military service.